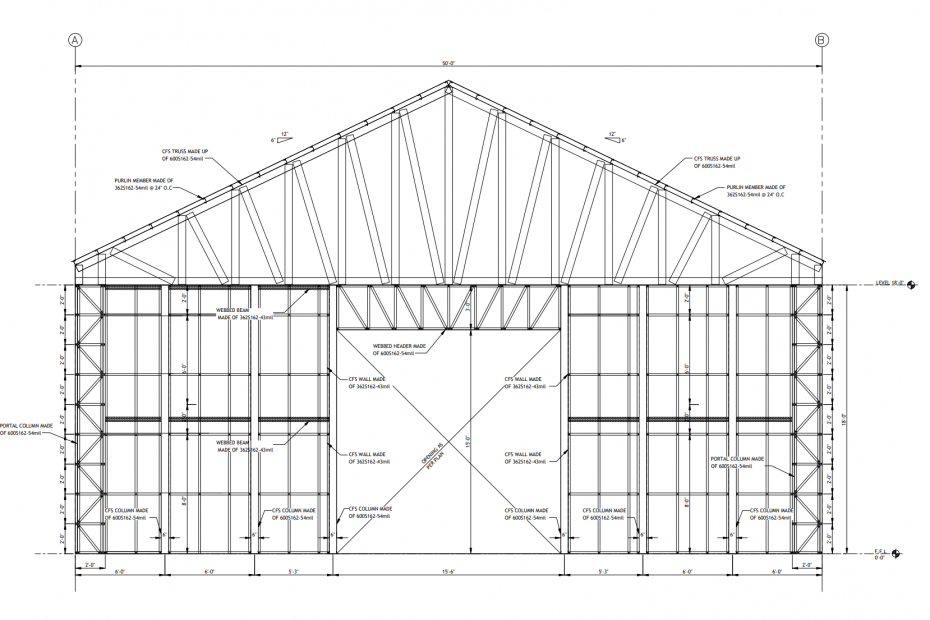 Southern Texas and Louisiana are manufacturing heavy economies. With an estimated 50 billion of Louisiana’s GDP coming from manufacturing. Metal buildings, specifically red iron are the go-to way to house an industrial fab shop. While many consider them boring they’re the most cost-effective way of building. A combination of high demand for these buildings and supply chain issues has caused delays of up to 9 months for metal building kits. If you’re running into the same issue. We here at US Frame Factory are proposing an alternative to red iron with Cold-formed steel truss systems.

Red iron warehouses are the ultimate utilitarian buildings, the buildings are efficient, cheap, and space-effective. This sets the bar very high for an alternative. However, scarcity and lack of skilled labor have caused people to look for substitutions. The next most efficient building material after red-iron is its cousin light gauge steel. Like red iron you have an incredible strength to space ratio with metal studs. While members are smaller the ease of manufacturing is far lower than red-iron. With the advent of automated framing machines driving down labor even more(the framing machines do the cuts and punch holes) US Frame Factory believes that competition with Red Iron is here.

Large warehouse-type cold-form buildings are starting to pop up. I have seen a few appear in South America where perhaps there isn’t access to the welders required to build red-iron beams.

As you can see the building process is intense. Thousands of connections as you build truss systems. However, the barrier for skill is considerably lower. You’re dealing with screws that take a few seconds to drill instead of welding a whole I beam.

USFrameFactory commissioned a study just for this by IDES. The effectiveness of building large metal buildings with just Cold-formed steel.

This is built using just our capabilities a combination of 16 gauge and 18 gauge. With 6′ on center support columns.

This is a disadvantage to steel warehouses, this building has Cold-formed steel systems every 6′ while traditional metal buildings will have them every 10-12 feet or so. So you will have to erect roughly twice as many truss systems to make this work. However you make up the value on production end. Red Iron beams require a lot of welding which is where the front end cost comes from. An equivalent red-iron building before assembly, this is including insulation, sheet metal, and the red-iron beams is around 70,000 at the end of 2021. This build here uses 30,051 lbs. of CFS. At around a dollar to 90 cents per lb. we could but these materials for around 32,000 including shipping and after the labor of forming them up $36,000 USD for cold-formed steel cut. Add a $15,000 for insulation and the roof and wall sheet metal you get $53,000. Now we must factor in the increased assembly labor, on the high end I’d assume $7,000 and we have a building kit for $60,000, $10,000 lower than the quotes I got for the equivalent red-iron building.